…And who do you think hates America the most?…
The President (usurper) of The USA himself.
Ever since I first saw Obama emerge as a candidate in 2008, I felt that he didn’t seem to fit the ‘Presidential mould’ even as a Democrat. He was, I thought, either stupid or didn’t like America. Trouble is, the work ethic of Americans had begun to change, like it has in the UK, to one where the people start demanding ‘Free Stuff‘ instead of asking “What can I do for My Country“. This mind-set was brought on almost entirely by demographic changes derived from mass immigration (like the UK too).
Now, however, I realise that Obama is far from stupid. Insane, but not stupid. He wants nothing less than the dissolution of the US Constitution and the ushering in of a Communist/Islamist Caliphate.
God Help America, because if America dies, we ALL die with her. 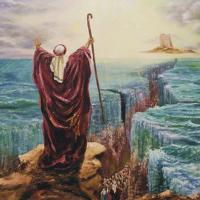